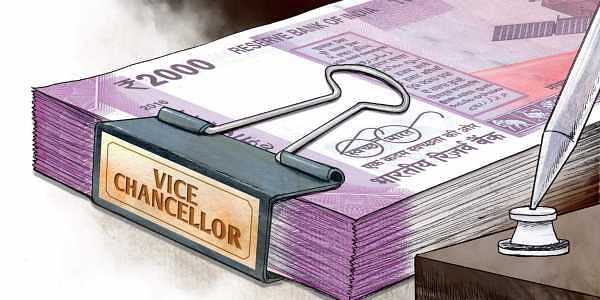 Shouldn’t vice chancellors have institutional integrity and show commitment to national law universities (NLUs)? This issue needs close attention because the trend over the last one decade shows that some of the professors of law who have been elevated and appointed as vice chancellors of NLUs, perhaps do not confirm to the value system of institutional integrity and commitment.

This compels us to think whether we should really judge law professors on such parameters when they take up administrative roles like the vice chancellor. Is it fair for a vice chancellor, once appointed for a term of five years, to resign in less than even half of the term and seek a similar appointment in another university? Some may argue that you cannot stop anyone from applying for a position as long as a candidate is eligible. The proposition is quite plausible. But what about the leadership commitment expected from the person in the seat of a vice chancellor? These vital questions are ignored in the legal academia, especially in NLUs. To address this issue, a peek into the recent trends in NLUs is necessary.

In all the above examples, the individuals did not complete their full term. This trend shows that they are on a quest for something better. Is it about heading a university which is ranked better or a university close to their hometowns? Or maybe, the vice chancellors sometimes, are not able to withstand the internal administrative challenges in one university and thus, want to migrate to another. The reasons could be many. It can also be argued that some law professors use their first-time appointment as the vice chancellor of one university as a gateway to an equivalent position in a university better placed for various reasons. It has virtually become a relay race of the vice chancellors.

Such practices raise genuine concerns about institutional interest. If vice chancellors use these high offices of public importance for mere personal growth, how can we raise a set of committed law teachers? Would it not amount to compromising institutional interest for personal gains? Wouldn’t the university and the student community ultimately suffer because of frequent change of guard? On one hand, it could be debated whether such a practise is greed-based or need-based.

On the other hand, it also cannot be denied that an elevation to such high offices comes with a greater responsibility, which at times, demands that an individual sacrifices his/her personal desires of looking out for greener pastures.

One way to remedy the situation could be to reduce the term of the vice chancellorship from five years to three years. This may perhaps create a pressure on the incumbent to serve for at least such a short term before looking for the next role. Another way could be to debar vice chancellors who look for similar positions before serving at least three years. And thirdly, the search committee or the selection committee for the vice chancellors in NLUs may simply not select candidates who have not served more than half the term. These solutions can possibly be utilised in the case of NLUs in Raipur, Patna, Kolkata, Aurangabad, Bengaluru, Gandhinagar and Delhi which either have a vacancy or are shortly going to have one.

There can be more creative ways to handle this situation by upholding a foundational argument that a leadership role comes with an inherent call for personal sacrifices. Integrity to the institution and commitment to the student community shall not be allowed to be compromised for mere personal growth. For the top management, the university’s success and excellence shall remain the top priority.