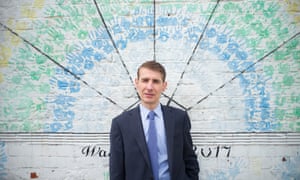 A cash-strapped school has turned to BBC Children in Need for funding to support disadvantaged pupils.

Downshall primary school in Ilford, east London, which has a large proportion of children from disadvantaged backgrounds – 89% of whom have English as a second language – has put in a bid to the charity for funding to pay for pastoral care for three years.

The school has been forced to axe its team of two pastoral support workers because of budget constraints. It is also having to cut back on reading support assistants and specialist PE staff.

Downshall’s headteacher, Ian Bennett, said: “We are looking to charities to fund the school. I’ve never done it before. To have no pastoral support is awful. To lose two reading support workers is criminal. These children are not going to get the support they need.”

A second school in Ilford, Mayespark primary, is reported to have already won a grant from Children in Need to support pupils who have missed out on nurture in their early years. The school’s headteacher, Christine Lamb, told the Ilford Recorder: “Funding from BBC Children in Need allows us to support children at the school further and develop our nurture project.” Lamb was approached for comment.

School funding has climbed up the political agenda in recent months, with reports of schools closing early, parents being asked for donations, teachers using their own money to buy basic supplies, and headteachers taking on additional roles including catering, safeguarding and cleaning to save money.

A Guardian investigation recently revealed more than 1,000 schools across England had turned to crowdfunding websites and wish lists to raise money, with many appealing for pencils, glue and textbooks.

Allan Hickie, a charity and education specialist at the accountancy firm UHY, agreed budgets were increasingly tight and schools were looking at “ever more inventive ways of generating additional income”.

Hickie, who works with academies rather than council-maintained schools, said he was aware a number were approaching some of the large grant-giving charities and similar organisations for funding. “The application process is quite time-consuming for some of these, however, which can be prohibitive apart from where large amounts of funding is available,” he said.

Education ministers, under pressure from MPs of all political persuasions, have promised school funding will be a priority in the forthcoming spending review. It has now become a key issue in the Conservative leadership election.

Paul Whiteman, the general secretary of the school leaders’ union NAHT, said: “The fact that schools are looking for charitable donations just to pay for the basics should be ringing serious alarm bells for the government. The government must face up to the crisis urgently and release new money from the Treasury for schools and services.”

Children in Need is currently funding 52 projects based within schools across the UK, which it says represent 2% of its active portfolio, including breakfast clubs, after-school clubs and holiday play schemes. The charity says it has not noted an increase in school applications for funding – in fact, there was a decrease last year.

According to Bennett, however, schools are having to try every avenue to raise money. His school has also received support from another charity, the Lions Club. “It’s really worrying,” he said.

“We can’t ask our parents for contributions. We have to start looking elsewhere. The trouble is, when you cut back, you have got less time to do these things. That’s why we are looking to the charity sector to fund the school sector.”

Many schools in England say they have been forced to cut pastoral supportbecause of the funding crisis, to avoid losing teachers’ jobs. Bennett says pastoral support is vital for many of the children in his school.

Between 10% and 15% of its pupils are refugees, including children from Syria. A number of families are virtually destitute and have no recourse to public funds because of the parents’ immigration statuses. Some children have been traumatised after witnessing domestic violence, while others are living in hostels or temporary accommodation.

“The hostels are full of drugs. They are witnessing loud arguments. There’s no security at home. They need a chance to talk about the anxiety that creates,” Bennett said.

A spokesperson for Children in Need said: “Schools are able to apply for funding to deliver projects that will make a tangible difference to children and young people who are facing disadvantages. However, we do not provide grants for work which statutory bodies such as schools or local authorities have a duty to fund.

“Schools applying for funding must demonstrate how their project will provide additional services that are beyond the state’s responsibility. These projects normally take place outside of school time, before or after school, during lunch or in the holidays, unless there are exceptional circumstances.”

Kevin Courtney, the joint general secretary of the National Education Union, said: “The funding cuts schools and colleges are suffering is nothing short of a crisis. Headteachers are having to go cap in hand to beg money from wherever they can just to keep their heads above water.”

A Department for Education spokesperson said: “While we recognise that schools have faced budgeting challenges, school funding in England is at its highest ever level. Under the national funding formula, Downshall primary school has attracted 2.5% more funding per pupil this year, compared to 2017-18. This is equivalent to an extra £101 per pupil.

“The education secretary has set out his determination to work with the sector to help schools ensure that every pound is spent as effectively as possible to give children a great education. He has also made clear that as we approach the next spending review, he will back headteachers to have the resources they need to deliver a world-class education.”