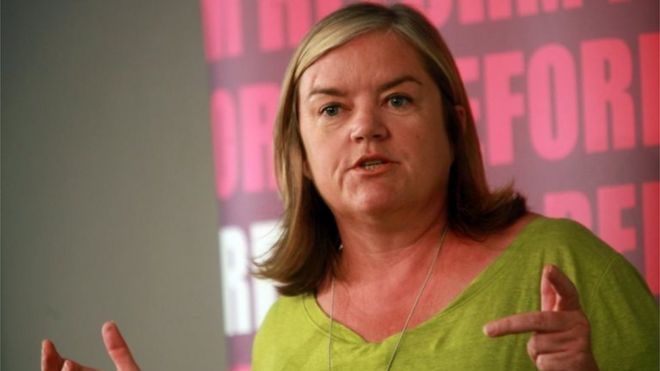 Ministers have rejected claims they were “silent” over protests against LGBT relationships lessons.

Dame Louise Casey accused the government of “radio silence” over the issue.

Schools minister Nick Gibb said it was “not true” to suggest the government was not working to “defuse” protests.

He said it has been “clear” that it supports schools in teaching about LGBT relationships, and officials had been working “on a daily basis” to resolve the dispute.

Protesters are calling for an end to the use of story books featuring same sex couples, which have been used as part of a programme teaching about equality.

Speaking on Radio 4, Mr Gibb said: ” We have very senior officials working on a daily basis with the school, with Birmingham City Council, with the parents, with the protesters to find a solution to the dispute between these two schools and these parents.

“That is the way to handle such a sensitive issue, not to have people, ministers grandstanding, or other people in the media grandstanding on these issues.

Protests have involved parents and campaigners chanting “our children, our choice” just metres from the school gates on the border of Moseley and Sparkbrook.

They have held banners saying things including “say no to sexualisation of children” and “let kids be kids”.

Most of the protesters have been of Muslim faith and many of those the BBC has spoken to have insisted they believe homosexuality to be a sin.

On a weekly basis during term time, protesters have been gathering outside the exclusion zone on an area of grass about 100m from the school.

A trial in October will rule whether they can resume directly outside the school.

Mr Gibb said the government was against the protests.

“We think it is unacceptable to be protesting outside primary schools to be intimidating children, to be intimidating teachers and parents, and that is why we supported Birmingham City Council in the injunctions they have taken out,” he said.

The government has said it wanted primary schools to teach children about same sex relationships but, as with the rest of the curriculum, it would be up to them to decide when it was “age appropriate”.

Mr Gibb added: “We believe very strongly that schools should be teaching this.

“That is why this government introduced this landmark legislation to require relationships to be taught from September next year, we are providing materials and support to help schools to deliver that.”

His comments come after Dame Louise, the author of a landmark report on integration, told Radio 4’s Today programme ministers should have stepped in.

“They’ve just been too silent on this,” she said.

“Laws have been put through Parliament that protect religious freedoms and protect the rights of people who are gay and want to get married.

“That has to be promoted – that we respect both but that both also have to respect each other,” she said.

“If I was gay and watching what was happening in Birmingham, I would say it was discriminatory,” she added.

“When you see it on the television, what I hear is homophobia and homophobia is not a value I want any child in this country to grow up and learn.”

In 2016, Dame Louise wrote a hard-hitting report for the government in which she called on particular communities to integrate more into British society.

Some accused her of discriminating against Muslims because she focused on them. She has always denied the allegation.

The government has said it wanted primary schools to teach children about same sex relationships but, as with the rest of the curriculum, it would be up to them to decide when it was “age appropriate”.

Education Secretary Gavin Williamson said earlier this month the government would be “supporting and backing every single school” as they prepared for the roll-out of a mandatory LGBT-inclusive curriculum.

Dame Louise also said if ministers integrated more with Britain’s diverse population, they would improve their own understanding of the issues at hand.

“White posh people that go to Eton need to meet somebody that doesn’t look like them or sound like them before they’re in charge of the country,” she said.

The former senior civil servant went on to say the protests stemmed from a lack of integration with some deprived communities struggling to mix with other ethnic groups.

She said schools having majority Muslim populations sometimes meant their children were not being exposed to the real make-up of the country they were living in.

She said: “We’re not fitting in those kids for what the world is and actually this is a multi-cultural, multi-faith country that we’re very proud of but it shows you a picture of some families in some of these areas being very closed.”

Rosina Afsar, whose son goes to Anderton Park School, has been involved with the protests from the outset.

She accused Dame Louise Casey of discriminating against people of Muslim faith.

“Saying that we don’t integrate is the most absurd thing I’ve ever heard,” she said.

“It’s absolutely nonsense. We have so many friends in interracial relationships so how can we not be mixing?

“Part of British values is also to allow people to live according to their faiths. End of.”