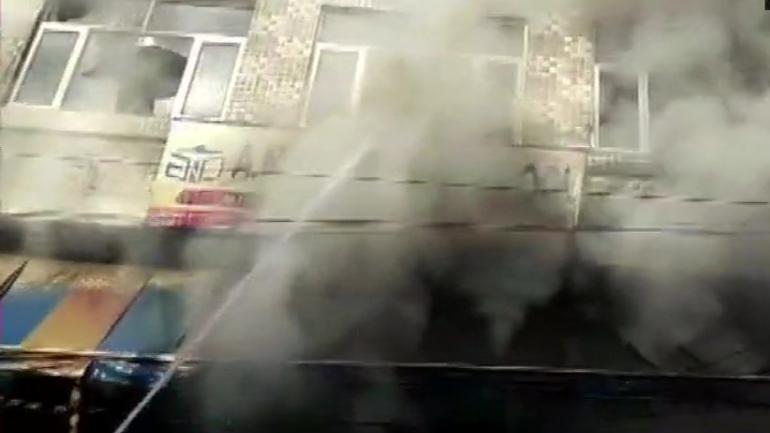 The huge fire at a Faridabad colony has killed 3 people, including 2 children. (Image: ANI)

A major fire broke out at a cloth godown in Haryana’s Faridabad on Saturday, killing at least 3 people, including 2 children at a nearby school.

According to ANI, three people have died so far in the blaze, including the two students at the convent school in Dabua Colony in Faridabad.

Police said the fire department has rushed to the spot and the situation has been brought under control.

The cause of the massive fire is yet to be ascertained.

The death of two children in the fire incident has once again brought back the memories of the Surat fire last month that left 20 dead at coaching centre. Most of the dead were students who were taking classes at the fateful coaching centre that lacked basic fire safety measures.